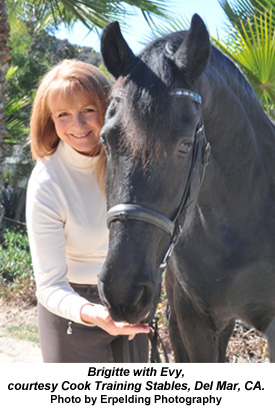 Brigitte’s work in the field of animal communication is the natural outcome of her long involvement in metaphysics and personal development. To her, it represents the ideal convergence of those interests with the love of animals she has felt since childhood.

As the daughter of a Swiss career diplomat and a Russian mother, the young Brigitte moved from country to country. However, there was one constant in her life: Adopted pets always found a home with her family. Friends were hard to make and keep, but she could fall back on an easy rapport with the neighborhood pets and other animals. Brigitte spent most of her teenage years in San Francisco, then returned to Switzerland to finish the French program high school and attend University. In 1982, she was ready to come back to the United States and the West Coast. It was here in San Diego that a college class in comparative religion opened her up to alternative ways of thinking.

Brigitte’s significant areas of interest came into sharper focus: Her love of nature translated into an appreciation of the Pacific coastline area, while her latent interest in alternative fields found fertile ground in Southern California. Her lifelong love of animals was also realized here as she enjoyed the companionship of cats, parrots, ferrets, and horses. She schooled herself in the animal world by reading everything she could find about various species. She was working unhappily in real estate when she came into contact with 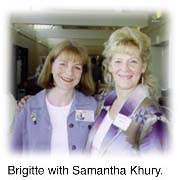 Samantha Khury of Manhattan Beach. Khury was the first person Brigitte had ever been aware of who practiced animal communication. Brigitte organized a visit by Khury to the ranch where her mare was boarded. She was able to sit in on the sessions Khury had with various horses. This confirmed her belief that the animal’s point of view could be tapped into.

Over the years, Brigitte gradually devised her own telepathic technique. After honing her skills on her own pets, she began holding telepathic sessions with other people’s animal companions. 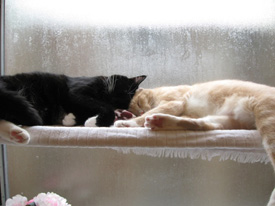 Brigitte shares her hillside home with two cats, Clara Belle, a large tuxedo girl, and Simon, a honey-colored tabby boy. On separate occasions, each of them showed up in her yard desperately in search of a forever home. Simon had to win over Clara Belle before he could be let in, he did so in a couple of days. Brigitte also enjoys weekly dressage lessons in Del Mar, CA. with trainer Paul Cook on Maike, a gorgeous, sweet, and responsive 15 year old, 15.2 high, Friesian mare. A dream come true! 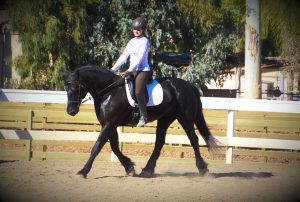